I just had to share something that happened to me recently that reminded me of another desperate situation and how I met my Savior!

A couple of weeks ago, I signed all three of my girls up for a theatre camp, through a local church. In my rush to get them in on time and sign them up online, I mistakenly clicked on the wrong payment type, and ended up not having enough funds to cover the cost.  I planned on giving a check for the rest of the balance, which I thought was only a certain amount, but found out that the second of the third payment didn’t go through correctly.

I had no idea of this until yesterday.  To my horror, the church had set up, what looked like automatic funds request, since it had not been paid.  As a result of that, my husband’s and my account was being charged NSF (non sufficient funds); not once, but twice. Yikes!  That amount alone was at least half of the cost of one camper fee.

I made a mistake and now had to pay the consequences or humble myself and ask for mercy.

My husband left me responsible for enrolling the girls in camp and he expected me to do it right. Under “normal” circumstances I could have been more careful, but that didn’t happen because I rushed.  I am solely and ultimately responsible for my actions, even if I felt I was under pressure to hurry up.

I felt horrible when I found out that I had made a mistake.  Troy didn’t show any signs of anger or frustration towards me.  He just calmly and very lovingly told me to  take care of this issue.  Even though he didn’t show any outward signs of disappointment, I knew I had let him down.  I love him and don’t want to cause any extra friction between us, especially in financial matters.  The devil likes to use money as a source of discord in marriage, so I didn’t want to let him get a foothold on us, in this case.

After earnestly praying in my heart, to God, for favor on me in the eyes of the bank, to receive pardon from this offense, I called the bank.

In a repentant tone of voice,  I explained what had happened.  I admitted to the bank that I made the mistake, but was asking for mercy, if at all possible.

To my pleasant surprise, they said YES!  I was so relieved!!  I hung up the phone, after getting confirmation of who I spoke with, and documented the date and time of my call.  And, I praised God for his answered prayer, in my favor!!!  I was singing for joy and telling my girls all about it.

Then, I was reminded of how similar it felt when I first became a Christian.  When I was told the Gospel truth about what Jesus did to make atonement or pay for my sins, I was finally able to see my own need for Him.  I needed to admit I was wrong before I could be truly forgiven.  How could I be forgiven for something I didn’t even know I did wrong.

As much as I wanted to, I couldn’t blame all my consequences on others.  I had to own my life and be able to respond, be truly responsible.

In my quest, as an individual, to live my life how I thought it best to be lived, I had made several mistakes.  Some sin was blatantly evident and other sin wasn’t.  All sin is the same to God.

When I was elementary aged and stole pennies off the carpet of a friends house or when I lied to my teacher in school I was just a child, but it was still stealing and lying.  It doesn’t matter to God the “level” of sin we commit.  Since the beginning of sin, in the Garden of Eden, when Eve ate of the forbidden fruit of the tree of knowledge and then compounded it by giving some of it to Adam, we have been separated from God.  Eve gave birth to her first child, Cain, and he was the first of sinners to be born of his mother’s womb.  He went on to kill his brother Abel.

All sin separates us from God.

According to the bible, “All have sinned and fallen short of the glory of God.” Romans 3:23

“The wages of sin is death, but the gift of God is eternal life in Christ Jesus”. Romans 6:23

I couldn’t pay the price.  But, because I admitted my known mistakes and that I can never be perfect, I received mercy!  First, from God, through Jesus’ death and resurrection on the cross.  And, recently, forgiveness from my financial institution’s NSF fees.

I feel like telling everyone in my life all over again!  God loves you no matter what you have done. If you think you are not good enough or you’ve done too many bad things, YOUR WRONG!

The bible tells us, “But God demonstrates His own love for us in this:  While we were still sinners, Christ died for us.“ Romans 5:8

Would you like to feel a heavy weight lifted off your shoulders?  Then ask God for help in your situation, in Jesus’ name today!

One thought on “Forgiven!” 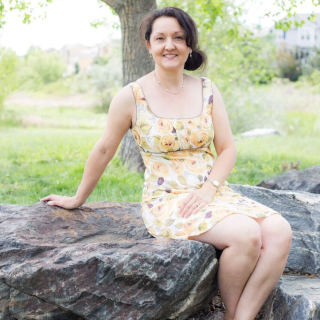